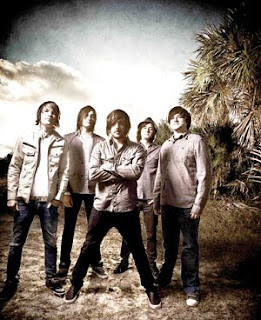 Nashville may be known for country music, but its rock roots have grown drastically from the Music City USA entertainment tree and fans can thank Framing Hanley for helping the scene blossom.

Kenneth Nixon (vocals), Brandon Wootten (guitar), Ryan Belcher (guitar) Luke McDuffee (bass) and Chris Vest (drums) make up the group who are touring in support of their 2009 sophomore release A Promise to Burn on the national record label Silent Majority.

Framing Hanley hit the scene in 2007 with The Moment, which contained the hit single “Hear Me Now.” The album was re-released with the bonus track “Lollipop.” That song was a radio hit of rapper Lil Wayne and the band decided to play it one night in Nashville as a joke, but fans loved it as did rock radio stations across the America. Not only did it garner over eight million views on YouTube, but it became the ringtone for hundreds of thousands of cell phones.

The band hit the road for multiple tours and did a stretch of 300 shows in a year’s span and during that time, began working on new material. They hooked back up with producer Brett Hestla, the former bassist for Creed and vocalist of Dark New Day, and recorded their second album.

“You Stupid Girl” was the first single off the new album followed by “WarZone,” which was recently sent to radio.

Framing Hanley last played Beaumont in April 2009 at Scout Bar and recently, guitarist Brandon Wootten spoke to The Examiner about their second album and life on the road.

Wootten spoke about the sophomore album and life on the road.

With the new second album ‘A Promise to Burn,’ were there any goals heading into the writing and recording process?

We wanted to write a more rounded record, so we spent a lot more time on the creative process. We went down to Florida and spent two months and spent a month and a half writing before we even went into the studio. We ended up having like 20 songs before the record was ever released. Like most bands with their fans, there are some that like the first record better than the second, but we have definitely accumulated new fans. We are going to tour Europe, so a new record means you hopefully pick up a new fan-base. The record is more mature because some of us were 18 when we wrote the first album. It’s like growing up and becoming better musicians.

Listening to both records, it seems like this one is more personal than The Moment. Is that the case?

With this record, we weren’t trying to be more personal than the other record. The record does have somewhat of a storyline concept to it. The storyline is the last two years of our lives and everything we have come through.
Nashville is known for its country music, was it difficult getting started?

You would think it would be, but it’s not like that. Nashville actually has a big rock scene. It’s kind of nice because when you tell people you’re from Nashville they automatically think you are a country music act and you say ‘no, far from country.’
Love the video for ‘You Stupid Girl.’ At the beginning of the video the French phrase baiser de la mort is shown, which means kiss of death. How did that come about?

When the video starts, Nixon poisons the wine bottle and plans to kill both he and the girl. When she puts poison in there, she thinks it’s going to just kill him, but in fact it kills both of them.
I saw a video online where right before you go on stage and perform you chant ‘bring on the ruckus.’ How did that originate and do you guys still do that before hitting the stage?

We have done that every single time since we started touring. Maybe two shows where we got on stage and forgot to do it. A lot of bands do different things, we want to get our heads right and go out on stage and bring it.

Framing Hanley seems to tour more than any band. What do you like to do on your free time?

Ryan and I, the other guitar player, just got an endorsement from Innova, which makes discs for disc golf. We love to play disc golf. On show days, we like to take the cities in and enjoy where we are at and definitely enjoy mingling with the fans.