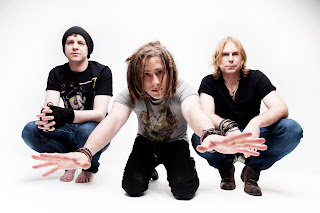 If you haven't already heard of Kopek, 88MW would like to introduce this 3-piece Irish rock band to you.

They released their first album last year, White Collar Lies, with the single "Love Is Dead" featured on the Saw 3D soundtrack.