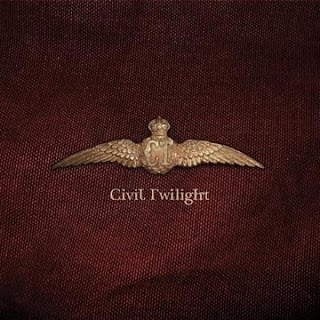 I accidentally ran into this three-piece band as they were the openers on the side stage at Buzzfest XXV last October at the Cynthia Mitchell Pavilion in The Woodlands.

With the name, I instantly thought of the vampire movie series Twilight and then I saw the lead singer, who resembled Robert Pattinson’s character, "Edward," so I chuckled and thought this was going to be a painful 25 minutes. It was all but that. After two songs, I thought they should have played the main stage.

From South Africa, this is the group’s debut album and several songs have been used on the television shows One Tree Hill, Harper’s Island and Terminator: The Sarah Connor
Chronicles.

Three songs have been released to radio, "Anybody Out There," "Quiet in My Town" and "Letters from the Sky," which was played frequently on KTBZ 94.5 The Buzz in Houston. It’s a brilliant debut that will take you down the streets U2, Coldplay and Radiohead have paved.

Many of the songs are longer than the average single, but if you enjoy the sound, why would you want it to end?