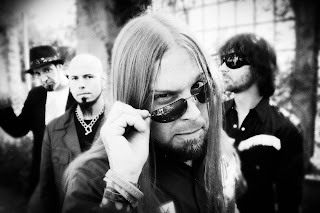 Dallas-based rockers Drowning Pool is scheduled to play an all-ages show at Scout Bar on Saturday, March 12, with doors at 7 p.m.

The four-piece is touring in support of the 2010 release Drowning Pool. Two singles released off the record have charted in the Top 10 Mainstream Rock chart with "Feel Like I Do" and "Turn So Cold."

Slated to open for Drowning Pool at Scout Bar is Trust Co.

Venue information can be found at Scoutbar.com.
Posted by Coop at 12:24 AM