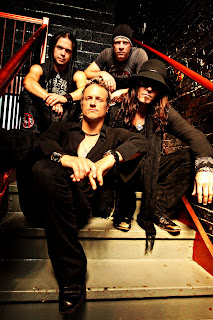 Rock band Fuel will play Whiskey River in Beaumont on Thursday, Nov. 11. Advance tickets are $15 and the show is for ages 18 and up.

With only the original lead singer left in the group, Brett Scallions, the band hit the scene in 1998 with their debut album Sunburn, which featured the hits “Shimmer” and “Bittersweet.”

Their second release, Something Like Human, produced their only No. 1 single, “Hemorrhage (In My Hands).”

After a third album, the band split and hired a new singer, but later reformed only to break up again.

Earlier this year, Scallions announced there would be a new Fuel with former Shinedown members Jason Todd (guitar) and Brandon Stewart (bass).