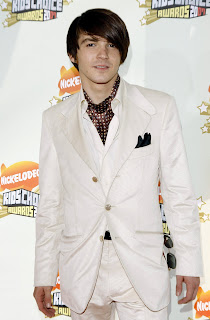 Venue info: scoutbar.com
Posted by Coop at 10:11 PM No comments: 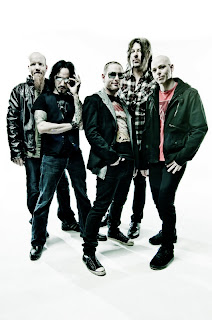 Art Of Dying is a five-piece rock band fronted by Jonny Hetherington. The Vancouver, Canada
based group is the newest signing to Reprise Records/Intoxication Records, the label started by
David Draiman and Dan Donegan of the multi-platinum selling band Disturbed. Their first single off the debut album, which will be released this year, is "Die Trying."
Posted by Coop at 3:11 AM No comments: 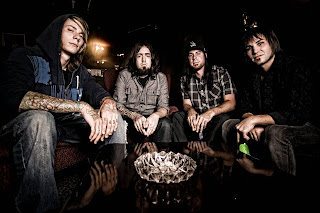 Guitar purist Keith Finnell and childhood friend John Sheldon grew up together in Florida listening to good heavy rock music. So in high school, the two had the idea to start a band and they did just that — Ekotren.

After nearly two straight years touring, the band signed with BurnHill Union Records and released The Dead of Night this past week. It is a 10-song disc that is filled with tight guitar riffs, good vocals and enough energy to fire up a nuclear power plant.

Ekotren is currently on the road with Ill Niño and Finnell took time out to speak with 88 Miles West.

You have to be excited about the new record that just came out?

We are super excited. They are actually streaming the entire album this week on AOL. We are very proud of the project and worked very hard. We started writing in the spring and last summer we did the chore of the album.

Did you learn anything heading into your sophomore release?

The difference in this one is the experience. The first album was just that — the first album. Since then, we have been touring relentlessly and you really get to see what your fans like. You want to keep them happy but at the same time push yourself as a musician and expand. The more you play the more your band grows tighter. I am with these guys 24 hours a day and I sleep literally two feet away from all of them. We are a very close band and that shows on this record. It really clicks.

With a heavy tone, were there any influences from other bands?

I don’t know about direct influences, but we all listen to heavy music. We play what we like. I love Pantera, which is a Texas band from your state, and so you can hear the heavier stuff and we tend to be more aggressive.

Do you have a favorite on this record?

I like them all but I am really excited about ‘The End of the Day.’ It’s the first song on the album and its super heavy. It’s got a message behind it, which is, this is our band, this is what we do and we really do it for ourselves. It’s 100 percent real.

How important are live shows?

Oh, man. Very important, especially when you have a shorter time frame. You try to pick out what you think are the best songs that will appeal to the crowd. Being on the road with Ill Niño, we are playing more upbeat stuff. We try to cater to their fans some and hopefully turn a few into Ekotren fans. We will play some of the older stuff off ‘Light The Fire’ but most will be from the new record. Like I mentioned earlier, we are proud of the new album so we want to get it out there. We don’t have a lot of time on this tour, like 30 minutes, so we want to play as many as we can.

So what can newbies of EkoTrenexpect when they see you on stage?

A high-energy heavy metal rock show. Every day we give a 110 percent on stage. We also live at the merch (merchandise) table. We love to meet new people.

How’d you guys hook up with Ill Niño?

We actually did some shows with them a few years ago. We heard they were going back out on the road so we kind of reached out and let their manager, who is a friend of ours, know that we had a new record out and would love to hook back up. It’s a fun tour because of several different aspects, but one is touring to promote the new record.

Since you are doing 200-plus shows a year, is there a burnout factor?

We live for the moment to get on stage and perform and that’s what keeps us from getting burned out. There are days when some of us have our moments, like not getting enough sleep, but this is what we do. When we do get a few days off and go home, it seems like we are itching to get back on the road.

Any interesting story behind the name Ekotren?

Not really. I wish there was a good story, but there’s not. We wanted a cool name and we went on the Internet to check names. Our drummer actually came up with it. 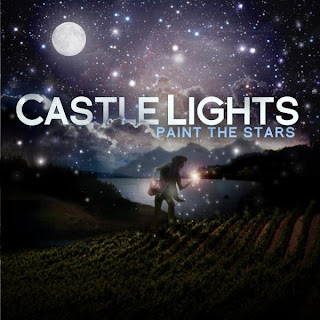 People around the SETX music scene have always asked, have you heard of Castle Lights? The answer was no, until now.

When I got the CD, I literally thought it was Coldpay, One Republic or SafetySuit. Not a cheap ripoff, but a sound that blew me away.

Track 1, "Saint Era," instantly latches your eardrum to the clean vocals, which brings backs the true alternative vibe. "Wait For You" is likely the favorite for those in love, "Maze Of Love" keeps it upbeat and the closer, "Paint The Stars," is icing on the cake.

Brit-pop even comes to mind, but not whiney like Oasis. I can't put my finger on it, but they certainly belong on the radio.

Video interview with Chanel Preston @ the 2011 AEE in Las Vegas.

Chanel was nominated for several awards at the 2011 AVN Awards including Best New Starlet.

Email ThisBlogThis!Share to TwitterShare to FacebookShare to Pinterest
Labels: The Goods

The Gig on Crockett Street in Beaumont will be rocking when 10 Years & Saving Abel co-headline a big rock show on Thursday, March 3.

Tickets will go on sale Friday, Jan. 28. Advance tickets are $20.50 and can be purchased at area Florida Tans, Guitar & Banjo Studio in Beaumont and online at The Gig.

From Knoxville, 10 Years is touring in support of their fourth album on Universal Records, Feeding the Wolves.

Top singles are:
"Wasteland"
"Through the Iris"
"Beautiful"
"Actions & Motives"
"Shoot It Out"

10 Years will headline an all-ages show at Scout Bar in Clear Lake on Monday, Feb. 28. Tickets are $16. Saving Abel is not on the show. Opening is Digital Summer and A Cry Farewell.

Southern rockers Saving Abel have played Beaumont twice and return for a third time. They are touring in support of their No. 1 album Miss America on Virgin Records. The second single off the record, "Sex is Good," reached No. 1 on the Mainstream Rock chart.

Opening the show will be Redline Chemistry.
Posted by Coop at 11:01 PM No comments:

Several national acts have been confirmed in Houston for the following venues: 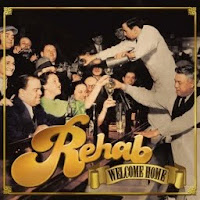 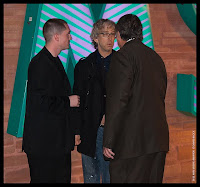 88 Miles West was featured on the popularity celebrity blog website, Celebslam: Shocking Tales and Tawdry Behavior! after photoing celeb Andy Dick on the red carpet of the 2011 AVN Awards in Las Vegas on Jan. 8.

We were in Las Vegas for the 2011 Adult Entertainment Expo and were invited to photo the red carpet at the AVN Awards.

Those photos can be seen here on Celebslam.
Posted by Coop at 7:06 PM No comments: