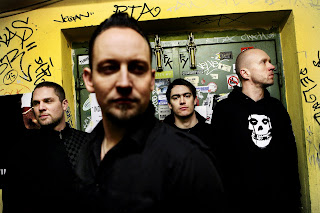 Formed in Copenhagen in 2001, VOLBEAT is touring in support of their 2010 release Beyond Hell/Above Heaven. Each of their four albums have reached either gold or platinum status in Denmark.

Opening will be The Damned Things and Hourcast.
Posted by Coop at 11:35 PM