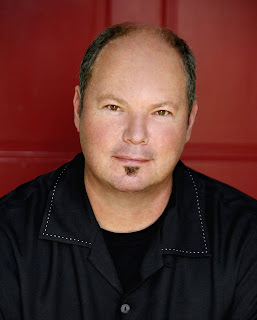 His 1980 debut album won him a record setting five Grammy Awards, which beat out The Wall by Pink Floyd. He followed that up with an Oscar in 1981 and a Golden Globe Award.

He contributed backing vocals along with Carl Wilson of The Beach Boys in 1985 to David Lee Roth’s version of “California Girls.” He once filled in and played guitar with Deep Purple.

Who is he? He’s Christopher Cross.

With hits like “Ride Like the Wind,” “Never Be the Same,” “Arthur’s Theme (Best That You Can Do),” “Think of Laura” and the ever-so-popular “Sailing,” Cross’ music continues to be relevant in an age of digital download.

The 59-year-old singer/songwriter took time out to talk to me about the past, future and present.

Going back to 1980 when you recorded your self-titled debut album, was there a special feeling when recording that record that those songs would still be relevant some 30 years later?

You have to believe in yourself and I did think it was special and thought those songs deserved to be on a record. Ironically when Warner Bros. Records signed me, their attraction was more to my voice than the music. They originally wanted me to record other people’s songs but eventually came around to the idea I was strong enough to record my stuff.

You are getting ready to release a new project called 'Dr. Faith', which is your first new album in 12 years.

It comes out Jan. 25, 2011, and I am very pleased with it. I produced it myself and would say it’s more of a guitar-based record whereas past records were more keyboard-based. If you had to pick a genre, it would be like Crowded House. It will be 13 songs, but we are currently not playing any new songs until it comes out.

You grew up in Texas (San Antonio), so did you enjoy listening to Texas-themed music?

I did enjoy Buddy Holly and the Everly Brothers, but as soon as the English invasion came in, I did sort of gravitate towards that. I enjoyed Brian Wilson, Carl Wilson, Tom Wade, Randy Newman, and Joanie Mitchell. Joanie was my single biggest influence and the new album is dedicated to her. I was more into songwriters as well like Paul Simon and Jackson Browne. Eventually, I was lured to the West Coast, where I live now in Los Angeles. Even though I lived in Texas and respected that music like Willie Nelson and Stevie Ray Vaughan, my heart was the West Coast.

In 2005, you recorded a song with your daughter Madison called ‘He Was Just Like Me.’ How special was that?

It was wonderful. The reason so because the song was written about Mattie Stepanek, a young poet who died in 2004 at the age of 13 due to muscular dystrophy. My daughter became very close friends with him, so I wrote the song in a way she could express her feelings about her grief. Even though he was in a wheelchair and on a ventilator, he was this amazing kid. Kind of like Yoda.

Any other new projects?

Actually, yes. I did a Christmas album in 2008 called 'Christmas Time is Here' and it will be released in Europe this year and in the United States next year. I also produced it myself.