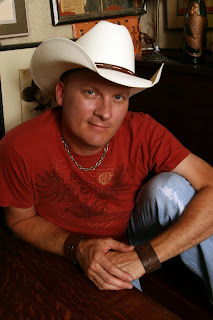 The Texas country genre has been described in terms like outlaw, the truth of the matter and music for the common man. Some music gurus say this genre began in the 1960s and 70s with the likes of Willie Nelson and Waylon Jennings but it’s been modernized, so to speak, by the emergence of singer/songwriters, including Pat Green, Robert Earl Keen, Cory Morrow and Kevin Fowler.

“I think the entire Texas country music scene thrives because of the fans,” said Fowler. “It’s one of the few scenes that’s not about the hype, radio or Billboard charts. It’s like a lifestyle.”

Fowler and his lyrics speak volumes. With songs like “Cheaper to Keep Her,” “Best Mistake I Ever Made” and “Loose, Loud and Crazy,” all that listen to Fowler’s music can relate to the Amarillo native who started out playing rock music.

“I was like a Sideshow Bob,” said Fowler. “I was a guitar player that played in different bands.” But that led him to Los Angeles as he attended the Guitar Institute of Technology to master his craft.

Fowler returned to Texas — but this time to Austin — and tinkered with several rock bands, including Dangerous Toys and Thunderfoot.

“I was writing songs but they were country,” he added. “Those demos started turning into records and no one was really singing my songs so I thought, hey I’ll do it and it took off. I never planned on being a singer.”

That idea came to life when he released his first album Beer, Bait & Ammo, with the title track eventually becoming a Sammy Kershaw single that Beaumont boy Mark Chesnutt even sang at some of his live shows.

His most successful album to date came in 2007 when Bring It On reached No. 14 on the Country album charts with the single “Best Mistake I Ever Made” leading the way. Also on that record was a song titled “Long Line of Losers,” which has since been recorded by country duo Montgomery Gentry and put on their 2008 album Back When I Knew It All.

Fowler added, “When someone else grabs your song, it’s really the highest form of flattery,” he said. “Montgomery Gentry did a great job with that song. They tore it up.”

Equity Music Group eventually went away but Fowler kept strong and remained on the road with his constant touring. “A lot of my fans will come out and see us 10 times a year,” he said. “One night you may see them in Oklahoma City and a week later you may see them in Corpus (Christi). It’s like a Grateful Dead vibe.”

Fowler said he has seen the vibe grow from just a few guys playing on the road to an entire slew of artists who tour as relentlessly he does.

“It wasn’t a scene then,” he described. “It’s amazing what its grown to today. One cool thing about Texas Country is not all bands sound alike. It’s not a sound where everyone is trying to copycat each other. Anything goes.”

But is it too much too often? For instance, there’s at least one or two Texas country artists playing the Golden Triangle each week.

“We aren’t national touring acts,” said Fowler. “They do one record and come once a year and be done with it. The business model in this genre is touring, and by touring you build fans. You have to take it one person at a time and you can’t do that by coming to a market once a year. I don’t know if you can overplay.”

With 20 years under his belt, Fowler shows no signs of slowing down. “I’m a procrastinator, but I’d like to get another record out by the end of ’09.”

That’s if he can find time between touring.