INTERVIEW: Ray Benson of Asleep at the Wheel 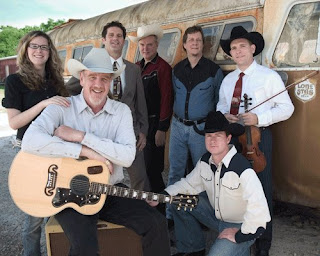 He stands 6-foot-7 and hails from Philadelphia, Pa. That alone may give you the impression he's a professional athlete. He did play basketball in high school, but tunes were on his mind.

Ray Benson is a living legend and has been the front man of Asleep at the Wheel since its inception when he formed the band in 1969 in Paw Paw, W. Va.

"I knew I wanted to play music," said Benson. "I was in college for one year studying filmmaking and I realized I wasn't going to be happy unless I was playing music, so I jumped in head first."

Benson grew up in a family that loved playing music. None were professionals and Benson started early.

"I got my first guitar when I was nine, then wound up being a professional at 11 playing folk music with my sister and some of our neighbors during the early 60s," he said. "My parents thought it was just a hobby but it wound up being otherwise."

Benson, along with Lucky Oceans, who has since left the group, put together a group of musicians playing country music and called themselves Asleep at the Wheel. Benson recalls their first real gig came in 1970 in Washington D.C. with Hot Tuna and none other than Alice Cooper.

"We were hardly a band," laughed Benson. "Then, Alice didn't have a record deal and the headliner (Hot Tuna) was a Jefferson Airplane spin-off band. We were playing country music, like truck driving, Johnny Cash, Hank Williams music. It was different."
Traditional country music wasn't in the cards for Asleep at the Wheel.

"I thought the roots of great American music had been forgotten," said Benson. "We wanted to bring some of it back in our own special way."

And that they did, but Benson soon discovered Bob Wills, a native Texan they still call the "King of Western Swing" more than 30 years after his death.

Benson never talked to Wills. He went to Dallas to see him but Wills wasn't in very good health. When he arrived, Benson saw him in a wheelchair but the family told Benson that Bob would talk to him tomorrow, but the King of Western Swing died later that night due to complications of a stroke.

"He was one of the most charismatic entertainers the world has ever seen," explained Benson. "I know that's a bold statement, but it's true. He had some of the greatest musicians playing for him and there were hundreds of them. His music was such a great derivative of jazz, blues, folk and western country. He was totally unique. There was never anyone like him and never will be."
He became so fond of Wills that Benson recorded two tribute albums and wrote a play with friend and writer Anne Rapp called "That's It: The Conversation You Never Had."

Then, there are the days with Willie Nelson, whom Benson met in 1971 but says Willie doesn't remember.

"We were backing up some country singers in Greenville, N.C., and he was on the show but he says the first time he remembered us was in 1974 when he heard our album. He said he wanted to see these weird people playing some Bob Wills music."

Asleep at the Wheel's latest project is "Willie and the Wheel," which he describes as a great record. Benson and his group collaborated with Nelson playing hits from both Willie and the group. The album also has Paul Shaffer and Vince Gill in the mix.

"Dave (Letterman) is a great friend of ours and he was down here doing a Habitat for Humanity house and we asked Paul to play a cut," said Benson. "Vince is one of my great pals and a great guitar player besides being a great singer."

"It's simple," he said. "They let you play music. There's no jokes with comedians. They just turn on the cameras and record it." Benson said the show will probably be televised on PBS in the fall.
After spanning four decades, recording 29 albums and winning nine Grammys, one would think the 58 year old would be ready to kick back and enjoy life. But that's the furthest thing from the truth.

"I refuse to quit," he said. "I love to perform and that's why I keep doing it. There's nothing better than standing on stage and being perceived well for what you do. I have enough ideas to last me another 50 years that I want to get done. I wake up every morning and get my ass in gear and figure out how to do it. This year seems like the best year we've ever had. We love to tour and work very hard to put on a great show."