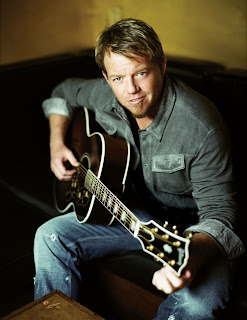 Pat Green is one of the founders and leaders of the surging Texas country scene, but there’s more to him than the beer joints and dancehalls. He hasn’t outgrown his Texas roots since he branched out and made his niche on the national scene, from selling more than 250,000 albums without major record label support to signing a big deal and touring the country.

“The market was ready and I had some dumb luck on my side,” said Green from his cell phone.

“The fans of country music were wanting what I was providing at that time and that can be a powerful thing,” he said of his days in the early stages of his career. “But it also pigeon-holed me at the same time because people thought I was just Texas and beer, and Texas and beer. But I continued to grow and move on. I didn’t want to be in just one place all my life.”

Born in San Antonio and raised in Waco, Green is still Texan at heart. After high school, he went to Lubbock and enrolled in Texas Tech and started playing music with Cory Morrow.

“I think there were delusions like any high school kid,” said Green of seeing his future grow bright. “You don’t stand in front of the mirror with a guitar saying you are going to play at the coffee house. You are thinking Springsteen.”

That’s Pat Green for you. But don’t let him fool you as the 36 year old does have a sensitive side.

“To be honest, I didn’t know what to expect,” he said. “I just ended up here is really how I feel and however I ended up here I am eternally grateful to the master-planner upstairs.”

His popularity was growing. Not just in Lubbock, but elsewhere around the Lone Star state. Green opened for legend Willie Nelson before recording his first album, which he asked his family to loan him $10,000 to help pay for recording expenses.

“I was already drawing some pretty decent crowds so it wasn’t a startup thing,” he explained. “My family saw how passionate I was and they knew they were going to get their money back, sooner or later.”

That first album, Dancehall Dreamer, would be the first of 10. With the help of Lubbock producer Lloyd Maines — the father of Natalie Maines of the Dixie Chicks — Green put out three before Universal/Republic jumped on board in 2001 with Three Days.

Two years later, Green was on top of his game with Wave on Wave, which sold over 500,000 units, certifying it gold.

So what was it that fans were hearing? “I think everyone was tired of Garth Brooks,” proclaimed Green. “Not necessarily him but where the record industry was. When Garth made it big, everyone tried to recreate, recreate and recreate so everything sounded alike with these fantastical songs with not a lot of truth in them, no reality and not a lot of storytelling.”

One can hear that explanation in his latest song “Country Star” off his new album, What I’m For. With lyrics like “I’d think it’d be a cryin’ shame not to have my own airplane,” “I’ll be ridin’ shotgun with Kenny, Faith and Tim... And I wonder how they lived without me” and “...breakin’ hearts like Keith Urban,” Green takes his shot at the country norm.

“If every song I put out was like 'Country Star', I would vomit,” he laughed. “It was a one-time deal and I was trying to be funny.”

Green went on explain the resurgence of not only himself, but other rising Texas country players.

“When Garth was on top, guys like Robert Earl Keen went walking right through the door and filled the void,” he said. “Jerry Jeff Walker popped up again and even Willie saw a resurgence. Guys like me, Jack Ingram and Cory Morrow were the young guys sitting around doing nothing. The audiences were so hungry.”

As one of the founding fathers, he gave his take on why this genre has taken on a mind of its own.

“Everyone has their own stories to tell,” he said. “I don’t care who you are. The younger audience is drawn to that young sound that’s a little less polished and less cleaned up. That’s the way they feel and look at life.”

But Green has grown up some and sees things a little different.

“I clean it up now because I don’t feel that way anymore at 36,” he said. “I can’t act like a teenager anymore because I’ll look like a fool.”

There may be some maturity in the sound but Green’s live shows are still the same — sold out.

After everything he’s accomplished, Green said he’s still not satisfied. By that, he means that he wants to have more impact. And if you know Pat Green, he always says what he means.