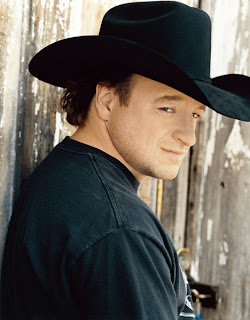 Country music has changed. It’s still popular, but contemporary country music and the artists who create it aren’t the same — they are more commercialized than ever. Some of today’s hottest country acts can be heard not only on country stations, but crossover pop and adult contemporary markets as well.

“That’s why a lot of people have switched over to satellite radio to hear exactly what they want to hear, without some consultant in Los Angeles or New York saying ‘your people don’t like that kind of music’,” said Mark Chesnutt.

“Those people don’t know what people in the Golden Triangle want to hear. I know all the deejays here who would love to play my new stuff, but their hands are tied with these consultants, who are the bosses, telling them what to play. Radio guys can’t play what they want to like they did 15 or 20 years ago.”

Whether you want to believe it or not, the 45-year-old Beaumont native knows his country music. His credentials are lengthy and include a platinum selling album Greatest Hits — modesty kicks in because he said he got lucky. More importantly, he understands his roots and some two decades later, he’s yet to stray away as he still makes his home right here in Southeast Texas.

“It’s home,” he said. “This is where I was born and raised. All my friends and family are here, so why would I leave? I’ve spent a lot of time in Nashville. Being from Southeast Texas, it’s just hard to explain. I love the area, people, the food, the hunting and fishing. If I would have moved away from here, I’d be miserable and would miss it.”

Chesnutt speaks of his father, Bobby, frequently. Bobby was a singer and taught Mark, laying the groundwork for a successful career.

“As far back as I can remember, he was always singing,” said Chesnutt. “He didn’t do any beer joints. He didn’t like that lifestyle. He would rather sing for family and friends. He taught me to play guitar and drums and exposed me to music when I was a baby. When most kids were learning to play football and baseball I was getting a real good education on Hank Williams, Merle Haggard and George Jones.”

Chesnutt said he recalls singing for the first time in front of an audience — no, not Cutters — but while he was a student at MacArthur Junior High. The song? Ronnie Milsap’s “It Was Almost Like a Song.”

After the junior high days, he played his first real gig at Doc Holidays in Beaumont, a building that still stands behind the old Thomas Furniture building on College Street. Chesnutt quickly became a fixture on the local scene, selling out club shows each night in the Golden Triangle.

“I wanted to move when I first started singing and thought I should move to Nashville because others were doing it,” he said. “But my daddy told me stay here. I was playing five or six nights a week here in Beau-mont and was making a damn good living at it. My daddy told me if I moved to Nashville I would have to get two or three jobs to make it up there and would have to play music on the side. He said you can stay here and make a living and get better at it and then they will come looking for you — and that’s exactly what happened. If I would have moved to Nashville, I would have never gotten the experience I needed.”

When fans came to see Mark, they wanted to hear him sing “Too Cold at Home.” He was signed on a regional record label, Houston-based Cherry Records, but was singing that song before he recorded it.

“I just thought I would have a little local success with it,” he said. “I knew from what my daddy said it wouldn’t be easy. That song got the interest of Nashville labels but I didn’t know that would be the song that would impact the rest of my life.”

Big record labels got wind of Chesnutt’s regional success and headed to Beaumont and scooped him up. In 1989, he was signed to MCA Nashville. Chesnutt garnered instant success winning the Country Music Association (CMA) Horizon Award, which is given out each year to the most promising newcomer. He began touring non-stop and pumping out radio hit including “Bubba Shot the Jukebox,” “I’ll Think of Something,” “Blame It On Texas,” “Going Through the Big D” and a cover of Aerosmith’s “I Don’t Want To Miss a Thing.”

Eight No. 1 singles across the nation gave the original Beaumont Boy his status in country music but fans overseas took notice as well. Just as recently as last year, some of Chesnutt’s songs have been in the European top five charts.

“They love traditional country music over there,” he said. “They love what used to be real popular here. They love songs with fiddles and steel guitars, about drinking and cheating songs. Now, they’re still a lot of people in this country who love those songs too, but unfortunately radio now don’t play that kind of music.”

“I didn’t choose that one,” he laughed. “My manager has been after me for the longest to do that song and I told him I was too young to be singing it because it’s about an old guy that’s been in the business for a long time. For the last three or four years when I went on to record a new record, my manager would keep asking me to do it. With the last one, he told me again it would be perfect for me and, just to basically shut him up, I did it. I started looking at the lyrics and singing it, I went ‘whoa,’ I am the old guy in the song. I’ve been here for nearly 20 years in this business and basically roll with the flow.”

He still loves performing for audiences because it’s comfortable and one would think it’s old hat to him. “I still get nervous,” he explained. “I get a bad case of stage fright about an hour before showtime, but after that first song, it kicks in — this is why I do this.”

Lessons on what his daddy taught him are still used to this day.

“It goes back to what he told me, ‘Stay in Southeast Texas so you can stay on the stage’ and that’s where I am most comfortable.”

Not many stay true to their roots or what they know. But then again, there’s not many like Mark Chesnutt.