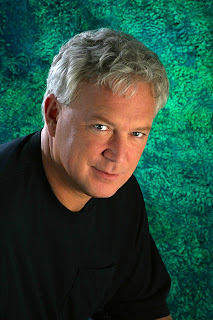 Like so many others before - and after - him, T. Graham Brown moved to Nashville in 1982 to chase his dream of becoming a country music star. It didn't take long for the Georgia-born singer to find success as more than a dozen of his songs found their way into the Top 10 chart including three No. 1 hits - "Hell and High Water," "Don't Go to Strangers" and "Darlene."

Where did the "T" come from?

Well, my full name is Anthony Graham Brown. Anthony and Graham came from both grandfathers. Anthony got shortened to Tony. Then Tony got shortened to T. The funny thing is, when I moved to Nashville in 1982, there was a guy in the music business named Tony Brown who was a big time record executive and he also played in Elvis' band. When I began calling the record companies, I would say this is Tony Brown and they would put me right through. They would pick up asking me to come in and do another session and so forth and I would say "no this is Tony Brown from Georgia' but they always hung up on me.

I assume you were a big music fan growing up...

Oh yeah. I grew up in a little town called Arabi and would listen to a little transistor radio. Back then they didn't have a radio station for each genre. I would listen to one station and would hear George Jones, Otis Redding, Ray Charles and Porter Wagoner. I moved to Athens, where the University of Georgia is, and that's a big music town as well. That's where the B-52's and REM are from.

I started in a duo called Dirk and Tony and we sang at the Holiday Inn in Athens playing beach music, like the Drifters and stuff. It was just the two of us with Dirk playing the guitar. He was a business major in college and didn't want to pursue it and I wanted a band. I then formed my owned country band called T. Graham Brown and Rio Diamond, which is the name of a truck. Diamond Rio also took the truck name but just reversed it.

How did you land so many jingles for national companies?

When my wife and I first moved there, she worked at a department store and I just went around meeting as many music people as I could. Back then, you could walk in any record company and leave a tape for them to listen to and I started doing a few small showcases in town. A company called Tree Publishing hired me to sing some demos and they would pitch the songs and one of the guys had a connection with an agency in New York. They asked me to sing a Coca-Cola jingle so I flew to New York and that's how it started. Then several agencies in Nashville began doing national jingles and I was able to do work with McDonald's and Taco Bell. I was the face and voice for Taco Bell for about four years. Remember 'Run for the Border?' But then I got replaced by a talking Chihuahua. I did hundreds of different ones from "Sometimes you feel like a nut' for Almond Joy and I had the first $1 million minute advertisement in the Super Bowl for McDonald's. I sang 'Put your hands together around a hot Big Mac.'

Your thoughts about the music industry from then and now...

I signed with Capital Records and Garth Brooks was also signed with the label. He blew up and sold 17 million records right out of the box, which was unprecedented for the country music industry. There's no formula for that but in return every record label wanted a Garth. Everyone on the radio was starting to sound like Garth. When I started out, and even way before that, when a song came on the radio, you immediately knew who it was. The voices and styles were distinctive. You have consultants at radio stations telling the disc jockeys what to play according to their own taste. It hurts when you are not being played on the radio. Fans think you have retired, died or gone out into the woods. The music has changed to everything being processed. From recordings and even during concerts musicians are using programs like Pro Tools to help them sound a certain way. I am blessed that I have a voice that doesn't require any processing.

So, after all these years, you still love doing this?

For starters, it's a living. People think if you have one record out then you are a multi-millionaire, and let me tell you it's not the case. I love to do this. I've made great friends here in Nashville like George (who is like my Nashville daddy) and Nancy Jones, Vince Gill and Amy Grant, Ricky Skaggs and Marty Stuart. Going out on stage and signing is great, especially now with the economy. Smaller markets are not doing festivals anymore and club owners are scared to take a chance on someone for the fear they won't make their money back. People have to have food and clothes but they don't have to see a live show so we are tickled when fans come out to see you and enjoy the music. I'm working on a new record now. We are going to put some older songs like "Wine into Water" with some new songs and I am also working on a gospel album and a project where I sing some music from the 1940s. You just have to try to keep trying to reinvent things and hope that people like it.